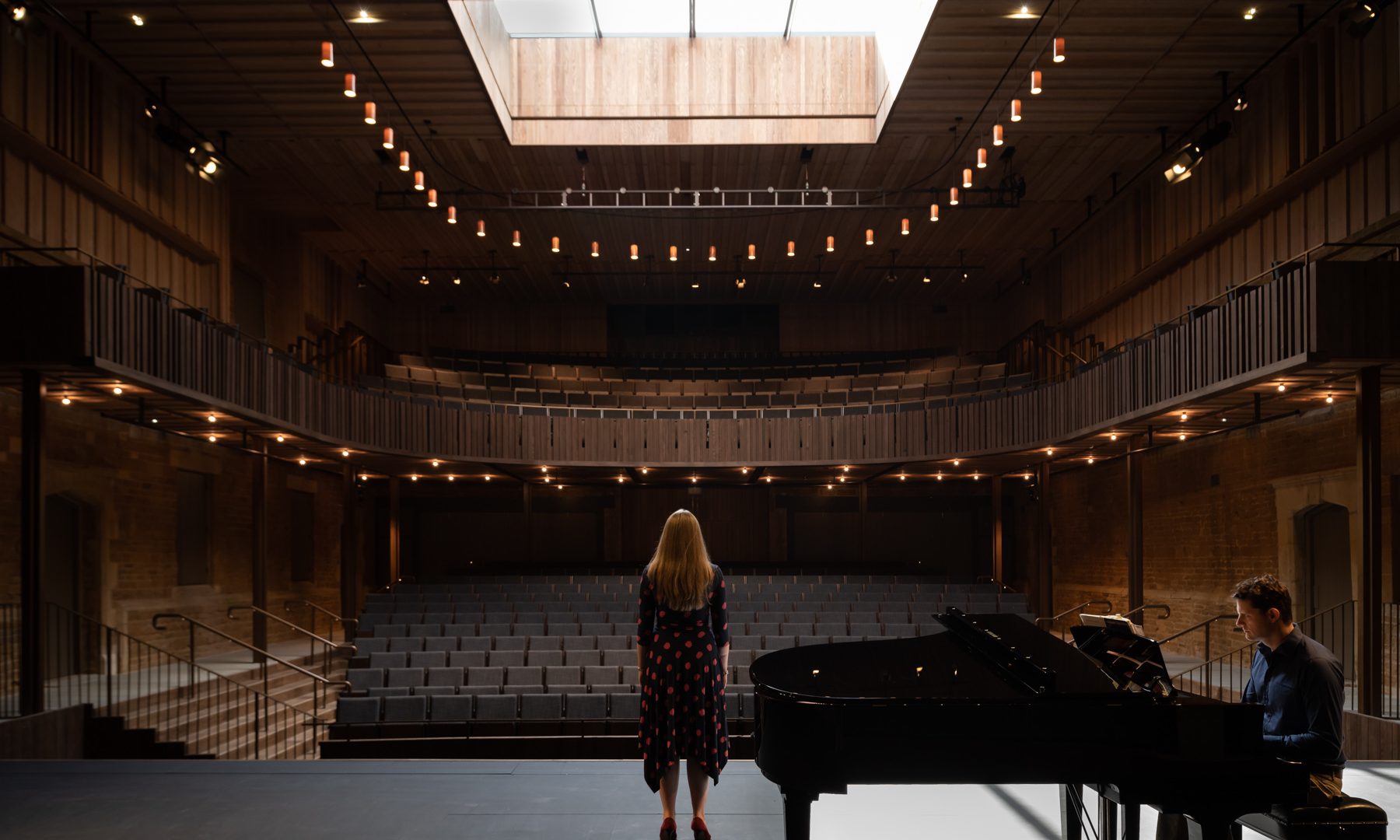 The 400-seat theatre at Nevill Holt, home of Nevill Holt Opera, by Witherford Watson Mann Architects, has won the Stirling Prize People’s Vote with an incredible 28.8%. This online poll has been open to the public since July when the Stirling Prize nominations were first announced. The huge achievement of winning the People’s Vote shows how receptive the general public have been to this incredible space.

Nevill Holt is also the only opera house to ever be shortlisted for the prestigious 2019 RIBA Stirling Prize – the highest accolade in UK architecture. The RIBA Stirling Prize is judged against a range of criteria including design vision; innovation and originality; capacity to stimulate, engage and delight occupants and visitors; accessibility and sustainability; how fit the building is for its purpose and the level of client satisfaction.

Designed by Stirling Prize winning architects Witherford Watson Mann and theatre designers Sound Space Vision, built by Messenger BCR and supported by the David Ross Foundation, the outstanding space at Nevill Holt was completed last year. This permanent theatre has enabled Nevill Holt Opera to grow from strength to strength, showcasing two operas this season, while also providing a stunning home for the company’s Education programme with Schools in the East Midlands, which reaches nearly 1,000 children per year. Since opening the new building, Nevill Holt Opera has been able to stage a growing programme of year-round work; this past season has featured 22 events in the new space including chamber music, song recitals, community events and concerts, as well as a larger summer opera festival.

Artistic Director Nicholas Chalmers and Managing Director Rosenna East said, ‘We are thrilled to win the popular vote for the Stirling Prize 2019. Our new theatre by Witherford Watson Mann has enabled us to provide uplifting and inspiring musical experiences to thousands of audience and young people this year alone. While brining new life to a historic building, the new facility has had real impact on all of the students, artists and audiences for whom it was designed.’

David Ross commented, ‘Congratulations to the team at Witherford Watson Mann for their outstanding achievement within the stable courtyard at Nevill Holt. Since our first meetings their ideas, sense of space and approach have both enthralled and challenged. I am personally, as are my Foundation, proud to have supported such a valuable and beautiful addition to the East Midlands cultural scene, and delighted that it has won the People’s Vote.’