*Following increased restrictions in Leicestershire in November and December, these performances of Trouble in Tahiti have been postponed to March 2021*

In Trouble in Tahiti, Leonard Bernstein (West Side Story and On The Town) explores the sounds of Hollywood and Broadway while satirising a troubled marriage against the backdrop of the American dream. The opera will be preceded by songs from the popular Great American Songbook.

Clare Presland and Lawson Anderson will sing the roles of Dinah and Sam in this new production, directed by Thomas Guthrie, while NHO’s Artistic Director, Nicholas Chalmers, will conduct players from the Manchester Camerata with the jazz trio comprising Philippa Boyle, James Beddoe and Tom Mole..

British/Irish mezzo soprano Clare Presland has sung frequently with Nevill Holt Opera since performing in the company’s first ever production – The Magic Flute – in 2013. In the 2019/20 season she made her mainstage debut at the Royal Opera House as Red Queen in Gerald Barry’s Alice’s Adventures Underground.

Bass-Baritone Lawson Anderson is also a popular face at Nevill Holt Opera, having performed as Bottom in A Midsummer Night’s Dream (2019) and as the title role in the production of The Marriage of Figaro which opened the new theatre at Nevill Holt in 2018.

Former Jetter Parker Young Artist Stage Director at the Royal Opera House, Thomas Guthrie, will direct and design this new semi-staging. Guthrie’s ROH revival of David McVicar’s Die Zauberflöte won WhatsOnStage Best Revival in 2018. His subsequent achievements include a production of Der Fliegende Holländer at Longborough Festival Opera in 2018 (“one of the best productions at this venue I have seen” – The Daily Telegraph), and his 2020 production of Gagliano’s La Dafne at the Brighton Early Music Festival has been nominated for a 2020 RPS Award.

Players from Manchester Camerata, dubbed ‘Britain’s most adventurous orchestra’ by The Times, will form the ensemble, using the arrangement by Bernard Yanotta for seven players.

Manchester Camerata’s CEO Bob Riley commented, “Following the postponement of our planned June performances, we are delighted to be appearing with Nevill Holt for their first indoor concert since lockdown. Productions like this provide much needed support for the freelancers which are the lifeblood of the UK’s creative industry. We cannot wait!”

About Nevill Holt Opera: NHO is an independent charity and festival run by its board, Artistic Director, and Managing Director. In addition to its summer opera festival, NHO runs a year-round education programme, reaching thousands of young people across the Midlands, and presents further performances throughout the year. More than 55% of its income is generated from ticket sales, 25% from fundraising and membership, 10% from other activity such as catering, merchandise and theatre hire, and 10% through an annual grant from the David Ross Foundation.

We are sincerely grateful to all whose support is helping us to survive this difficult time – thank you. 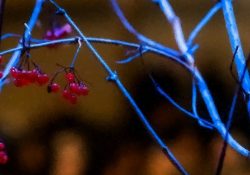 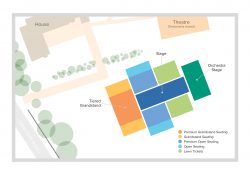