In addition to our two opera productions this season, the NHO 2022 Summer Festival will see a wide variety of concerts and performances in our award-winning theatre throughout June and July.

The Swingles take a look back over almost six decades of vocal artistry with this programme, focussing on the group’s early repertoire and celebrating the five-time Grammy winners’ extraordinary musical heritage.

The seven singers who make up The Swingles today are constantly inspired by their predecessors in the original Swingle Singers line-up, who first shot to fame in 1960s Paris swinging the music of J.S. Bach. This programme shines a spotlight on those early arrangements and pairs them with the lush harmonies of Sixties pop and the jazz sounds that shaped founder Ward Swingle’s musical viewpoint.

The group also presents classical pieces reimagined anew from a 21st-century perspective, as well as a flavour of their original music and use of live looping technology as they look ahead to the next chapter of The Swingles’ story.

The Swingles are one of the world’s most admired and loved vocal groups. With a natural flair as entertainers, their stylish shows take them to venues and festival stages across the world. Praised for their “stunning reinventions… audacious harmonies… and superhero singing to truly raise goosebumps” (The Guardian), The Swingles have earned five Grammy Awards and are recipients of prestigious international accolades year-on-year.

Sam Jewison is “a Renaissance Man in a Jazz World”, whose vocal prowess and pianistic virtuosity has seen him tour internationally. His acclaimed interpretation of the Great American Songbook uniquely fuses elements of both jazz and classical music in a captivating display of artistry.

The show honours the leading lights of the Broadway stage, Hollywood screen and Harlem jazz clubs, featuring songs such as, “Night and Day”, “Cheek to Cheek” and “Strike Up the Band”, as well as Gershwin’s masterpiece, “Rhapsody in Blue”.

Jewison is accompanied by his dazzling 13-piece orchestra, including some of the UK’s finest musicians. Expect salutes to performing legends, Frank Sinatra, Judy Garland, Duke Ellington, and many more, including a particularly toe-tapping tribute to the legacy of Fred Astaire.

Jewison headlined the 2020 ReGeneration Festival in Florence and has sold out iconic London venues, including the West End’s Crazy Coqs, Camden’s famous Jazz Café and Westminster Abbey. He regularly appears on BBC Radio 3 and will make his Royal Opera House recital debut with “The Composer in Hollywood” in March 2022. 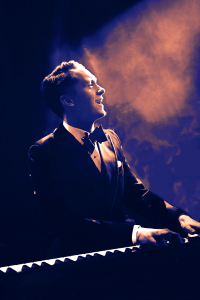 Sirocco is pure joy and energy – a great storm of music that celebrates the warmth and diversity of cultural traditions from across the globe.

Guest directed and narrated by South African cellist Abel Selaocoe, this is music for the people, by the people. The show covers everything from outrageous arrangements for solo cello to beloved classics by Stravinsky and Haydn; from a set of original African music to a collection of gorgeous Danish folk songs. When this programme toured across the UK and Europe, critics described it as a “deeply moving” and “once in a lifetime experience”.

Abel performs alongside Chesaba – a trio specialising in the performance of music from the African continent – and the string quartet of Manchester Collective.

South African cellist Abel Selaocoe is a rapidly rising star with a major following, redefining the parameters of the cello. He moves seamlessly across a plethora of genres and styles, from collaborations with world musicians and beatboxers, to concertos and solo performances. Selaocoe combines virtuosic performance with improvisation, singing and body percussion, and is devoted to composing works and curating programmes that highlight the links between Western and non-Western musical traditions, broadening the horizons of classical music to reach a more diverse audience. 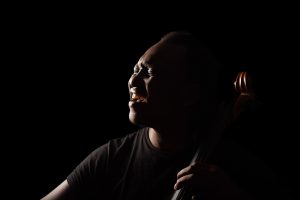 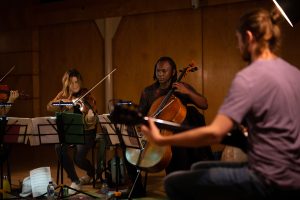 After performing as soloist at the prestigious Last Night of the Proms in 2018 and having her performance described as ​“the indisputable highlight” (BBC News), saxophonist Jess Gillam continues to grow her international career as well as presenting on TV and Radio. Here she is joined by the string sections of Manchester Camerata (“Britain’s most adventurous orchestra” – The Times) in a programme of Glazunov, Tchaikovsky and Feshareki, under the direction of Caroline Pether . 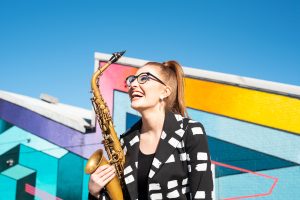 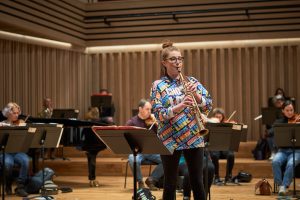 Love, jealousy, tragedy and transfiguration — Acis & Galatea has it all. So it is no surprise that Handel’s ‘little opera’, as he called it, was his most popular stage work during his lifetime. It was his first major setting of a substantial English text and would become the prototype for the English oratorio, which earned Handel such fame in the latter part of his career. Performed by Dunedin Consort in the original ‘Cannons’ version with one-per-part choruses — which Gramophone called ‘utterly magical’ — Handel’s glorious music gleams anew. 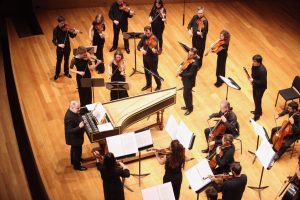 Widely considered one of the greatest films of the silent era, The Kid is a 1921 silent comedy-drama film written, produced, directed, and starring Charlie Chaplin. The opening title “A comedy with a smile–and perhaps a tear”, sums up its perfect blend of laughs and pathos.

The story begins as a young mother abandons her new-born baby with nothing but a note in his basket. The Tramp (played by Chaplin) inadvertently finds the child and takes him under his wing. The Tramp and the Kid, partners in crime (literally!), develop an irreplaceable bond. Five years pass and the Kid’s mother reappears on the scene, putting the pair’s relationship in jeopardy.

A 16-piece Manchester Camerata orchestra brings to life this all-time classic with an emotive musical score written by Chaplin himself.

“[Chaplin’s] new picture, The Kid, certainly outdoes in humor and the special brand of Chaplin pathos anything this popular film star has yet produced. There are almost as many tears as laughs in the new First National release–which proves the contention that Chaplin as almost as good a tragedian as he is a comedian. The Kid may be counted as a screen masterpiece.” Theatre Magazine (1921).

Your Visit
These concerts will not have a “long interval” of 90 minutes like the opera performances. Instead, where there is an interval, it will be 20 minutes. Guests are warmly welcomed to enjoy the beautiful Nevill Holt gardens for up to two hours prior to the start of the performance, where there will be a variety of food and drink options available. 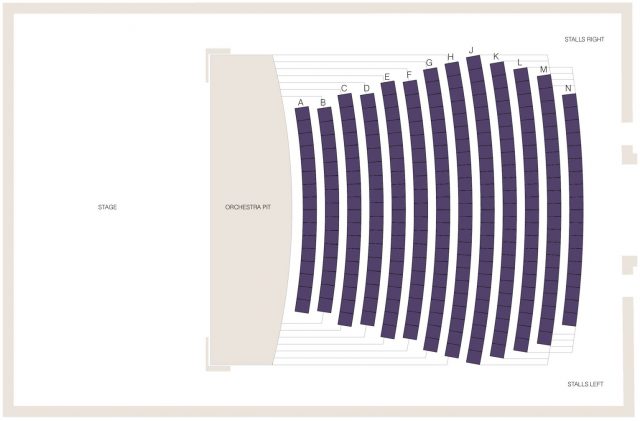 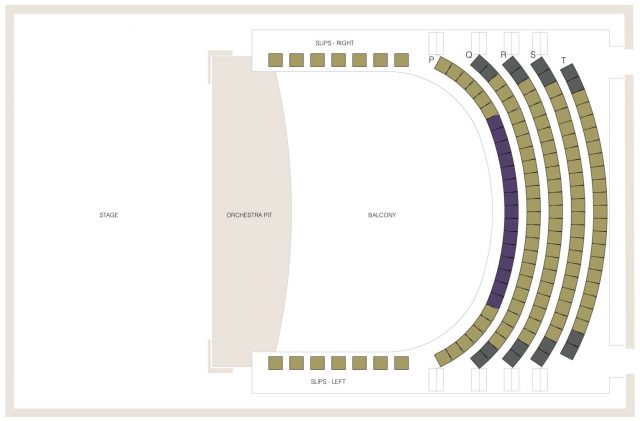